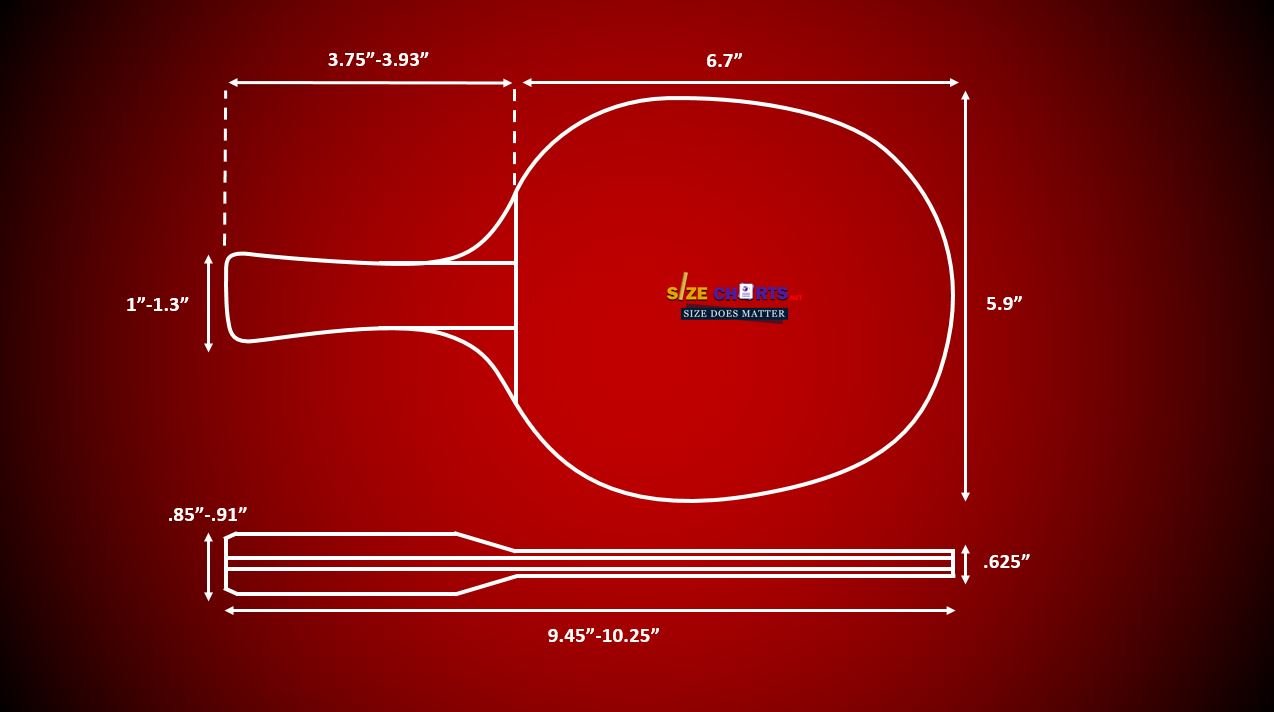 The measurement of both the blade and the handle of a table tennis paddle equates to 24 to 26cm.

Dimension of the table tennis blade.

The Blade of the table tennis is the upper portion on which the ball hits. It is a seven-layer blade built with materials like glass fiber, Carbon fiber, wood, aluminum fiber, cork, and more. It can be customized according to the necessary style.

Out of 24 to 26 cm table tennis paddle, the blade acquires 17cm of the place in length. The width of the blade is 15 cm. So the total area of the table tennis blade stands at 17cm x 15cm.

Dimension of the handle.

The handle of the table tennis is the crucial part as it creates the grip. The most sturdy it is, the more grip it ensures. The standard dimension of the handle is 26.5cm to 33cm in width and the length of the handle is 9.6 to 10 cm. So the area of the handle stands as 33cm x 10cm maximum.

Table Tennis Grips and How They Work

In Table Tennis, two major grips- Penhold and Shake hand- have been discussed. It has different styles that players use while playing table tennis. Here we have briefly touched on these two points to understand what it is actually about. 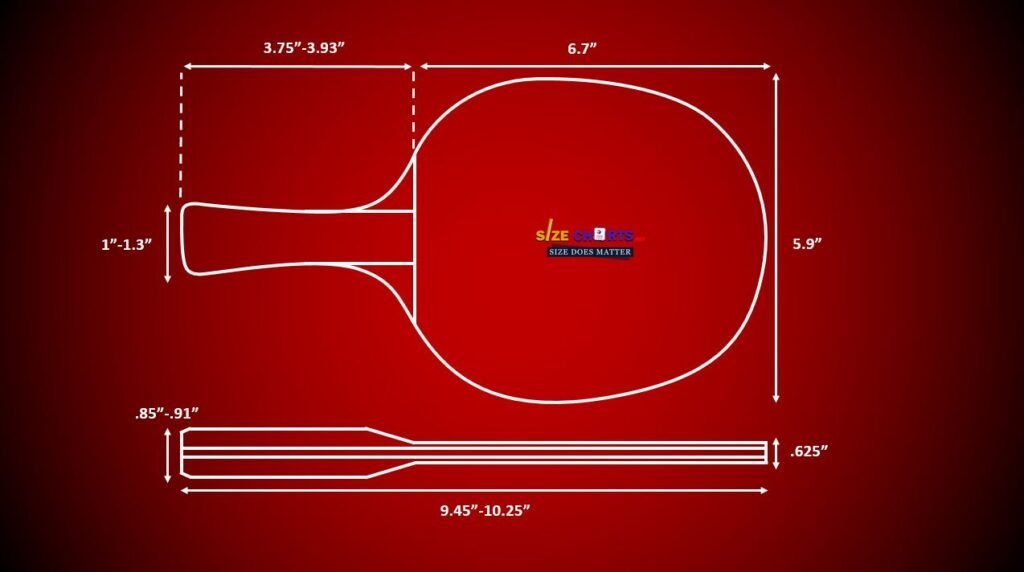 Just how anyone would hold a pen if they hold the table tennis handle in the same way it is called the Penhold grip. It means you hold the handle of the table tennis like a pen. It becomes challenging for a few players to adopt this style, but many champions have earned the credit with it.

Within the Penhold grip, there are two kinds of styles:

In the Chinese Penhold style, the three fingers- middle, ring, and fourth finger on a curling position remain on the back of the Blade.

Like anyone shakes hands with another, they hold the table tennis the same way. When you shake your hand with any person, you grab it well, it is just the same, so the grip is named so. In this grip, only the index finger is at the back of the pedal and all the other four fingers are used to hold the handle.