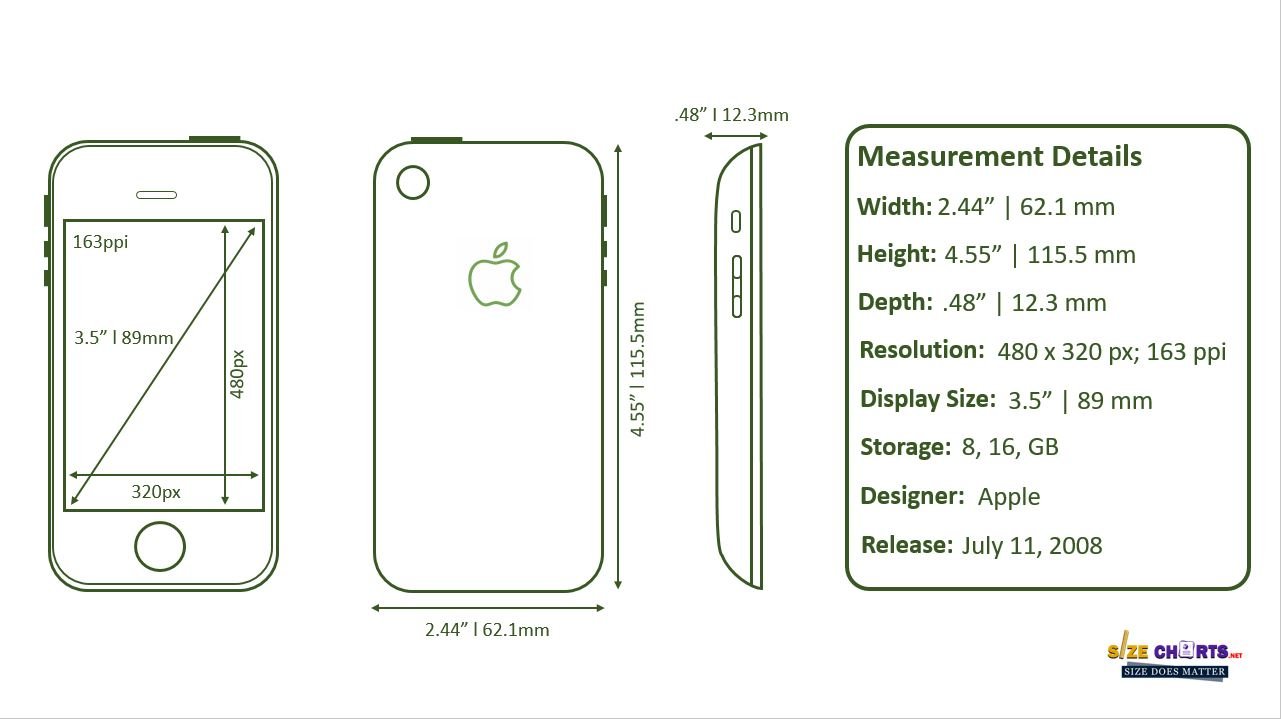 What are the Physical Size & Dimensions of the Apple iPhone 3G? 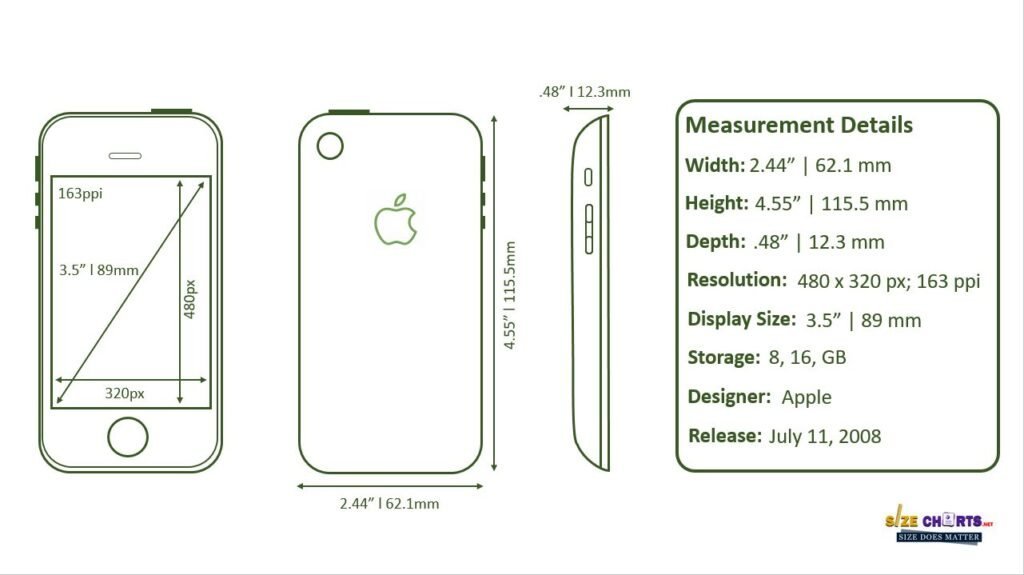 The first generation of the Apple iPhone is now considered as one of the most influential tech products ever created and changed how we use our phones forever.

The Apple iPhone 3g  is a Cell phone designed, manufactured and sold by one of the most famous brands Apple Inc and is this particular model is part of the 2th generation of iPhones. The iPhone 3g, as well as the iPhone were announced and released to the public on 2008 and were Discontinued: June 7, 2010.